I’m sorry to report that we were asked by one of our clients to go and clear up this mess that was left at their mothers house in Fulham. Unfortunately the lady, Jean, had agreed to allow some guys who called themselves tree surgeons to remove four trees in her rear garden having knocked on her door. They agreed a price of £850 and started straight away. However they were not finished by 5 o’clock and said that they would be back the next day. They asked Jean for £700 in cash to cover their costs for the day and that they would return to clear up and presumably collect the reaming £150.

However, they did not return and left a huge amount of wood and debris in the garden. They broke 3 fence panels, the neighbours bench and gate. They left logs that they had tried to hide behind the garage and various debris and branches in the several of the neighbours’ gardens.
[one_half] 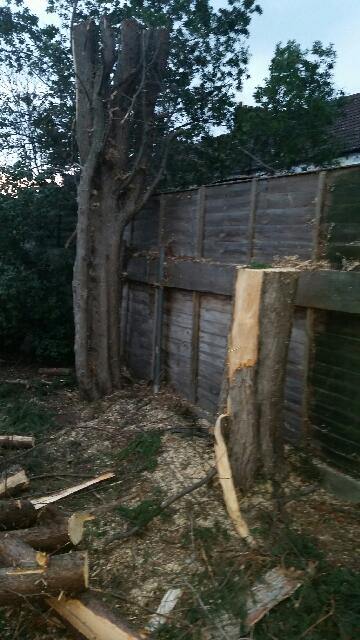 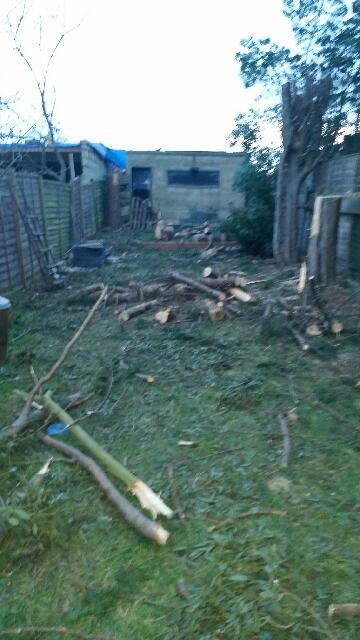 Unfortunately, our client had no company name, address or point of contact for them and was extremely upset that she had allowed herself to be victimised in this way.

Our professional tree surgeons assured her that she is not the first, nor will she be the last to be ripped off like this and we told her that these people can be very charming and that they make a very good living from convincing people that they can be trusted with this work.

I’m fairly sure that she will not be answering the door to unsolicited service providers in the future.

Toby Douglas is the founder of Take A Bough Tree Care. After university in Aberystwyth, Toby made the decision to study Arboriculture at Merrist Wood, in Surrey. In 2001 he successfully completed a National Certificate in Horticulture, and a National Diploma in Arboriculture, then worked for two years subcontracting to large and respected companies in order to gain the practical experience to compete successfully for both private and corporate contacts once Take a Bough Tree Care was launched

"Our hedge looks gorgeous and it even makes the entire house look better. Really great experience and would highly recommend "
Crystal

How can our expert tree surgeons help you?

Read about the tree surgery methods and processes that can resolve your tree issues.

So if you're looking for Tree Surgeons in the Wimbledon and South West London area that...

Contact Take A Bough today to talk through your requirements