How much do we need to worry about ash dieback?

What is ash dieback? 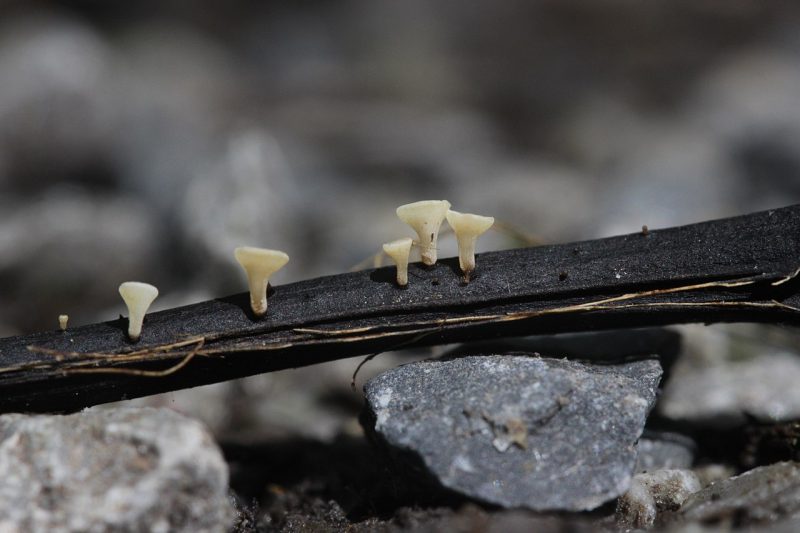 Ash dieback is caused by the fungus Hymenoscyphus fraxineus. It blocks the water transport systems in trees causing leaf loss, lesions in the wood and on the bark and ultimately the dieback of the crown of the tree.

This disease was first described in Poland in 1992 and has since swept westwards throughout Europe. It was first identified in Britain in 2012 in nursery stock then in the wider environment in 2013 although it could have been in the country much longer.

The number of confirmed findings is continuing to increase and the distribution is reported by the Forestry Commission on a regular basis.

Young trees are particularly vulnerable and die quickly once they succumb. Older trees can be slowly killed by a yearly cycle of infection. Spread of the disease in the UK is most likely to be as a result of the planting of infected nursery stock and wood but wind borne distribution of the fungal spores also occurs.

What are the signs of ash dieback?

There are several key signs to look out for on ash trees. All of these symptoms can also be caused by other problems, so final diagnosis should be made by an expert. tree surgeon. Summer is a good time to look for symptoms as in autumn and winter, ash trees will naturally be shedding their leaves making it difficult to identify ash dieback.

Mature ash trees can live for a long time with the disease and even when infected, the tree will support a wide range of woodland species and their deadwood is an incredibly important habitat. Only when infected trees pose a safety risk would a tree surgeon advise pruning or felling. Richard Mabey is a distinguished writer and broadcaster, his main interests lie in the relations between nature and culture. Writing about ash dieback in his book, The Ash and The Beech,The Drama of Woodland Change Mabey says that ash trees only make up about 5% of the UK’s trees and are highly genetically diverse, meaning that some at least will be resistant or immune to the virus as is the Asian ash where the fungus is believed to have originated. He makes the point that woods are a naturally recurring organism with natural resilience to many catastrophic events and will survive in the long term without human intervention which might be counterproductive. In addition, scientists have developed techniques to identify individual trees that are less susceptible to ash dieback disease, this technique combined with resistance breeding trials, can be used to grow trees that are more likely to survive the disease so ash dieback may not have the same calamitous effect on the British landscape as Dutch Elm disease.

However, in urban areas like London, public safety is paramount and individual specimens which become infected may need to be felled and replaced and our expert tree surgeons at Take A Bough Tree Care would be happy to advise you on this and any other aspect of tree care and maintenance.

Toby Douglas is the founder of Take A Bough Tree Care. After university in Aberystwyth, Toby made the decision to study Arboriculture at Merrist Wood, in Surrey. In 2001 he successfully completed a National Certificate in Horticulture, and a National Diploma in Arboriculture, then worked for two years subcontracting to large and respected companies in order to gain the practical experience to compete successfully for both private and corporate contacts once Take a Bough Tree Care was launched

"We always arrange for Toby to come once a year to cut back overhanging tree branches and a big ivy hedge on our house. "
Sir Peter

How can our expert tree surgeons help you?

Read about the tree surgery methods and processes that can resolve your tree issues.

So if you're looking for Tree Surgeons in the Wimbledon and South West London area that...

Contact Take A Bough today to talk through your requirements